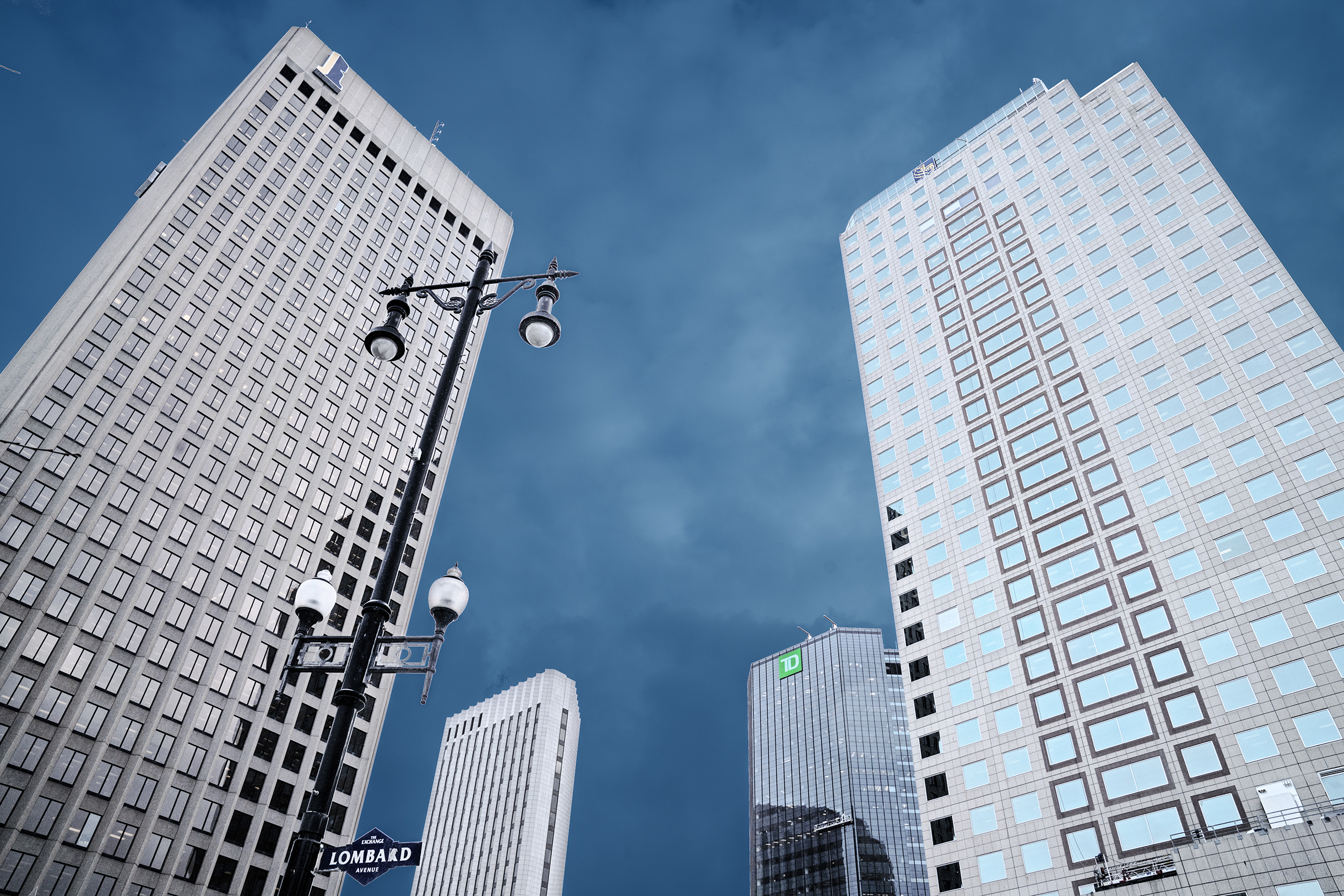 The next few times when I visited Winnipeg with friends, we mainly went shopping at Polo Park. To really get to know the city, you need to get out and explore its oldest parts. You must open your eyes to seeing history, and your ears to hearing what the city wants to tell you. That is exactly what happened to me when I came back to Winnipeg with a pile of documents to apply to college.

That morning, my sister and I had one specific mission: to explore. We got Starbucks and started our walk from the Fairmont Hotel on Portage Avenue, through the Exchange District, and back to Portage Avenue. I was lifting my eyes, trying to catch architectural details on buildings like the Union Bank on Main Street, Pantages Playhouse Theatre on Market Street, the Maltese Cross Building on King Street, and others. I was enjoying the fresh summer morning air and a strong feeling of familiarity that was pressing on me from all sides. It was a long walk, but that morning something hit me. It was déjà vu feeling that I had already been in this place before. I felt like I’d seen it before, and not just once.

Later, while studying in college and spending all my free time in the Exchange District, I found out that movies about early 20th century Chicago had been shot in Winnipeg. Puzzle pieces fell into place. That is where I had seen these streets before I fell in love with them! I’d seen the streets of Winnipeg in movies when I still lived in Russia.

Winnipeg has been called “Little Chicago” or most commonly “The Chicago of the North” for good reason. At the turn of the century, Chicago and Winnipeg were rivals. Is that hard to believe? Before World War I, Winnipeg was the fastest-growing city in North America. By 1911 Winnipeg was the third-largest city in Canada. Winnipeg, like Chicago, was an international finance, industry, and transportation hub. From the late 1800s to the early 1900s, Chicago architects came to Winnipeg to practice their art and technique in buildings designs. They designed many buildings in the Exchange District. The Chicago architects’ style influenced and inspired local Winnipeg architects, and the city kept growing in the Chicago style.

One of the best examples of the Chicago style is the Maltese Cross Building at 66 King Street. Personally, this building always made my imagination run towards early Woody Allen movies about New York, love, and love in New York. (Even though we’re talking about Chicago.) The building was designed by J.D. Atchison, a Chicago architect who moved to Winnipeg in 1905. Atchison designed nearly 100 buildings in the Exchange District area.

I also want to highlight the Confederation Life Building on Main Street. I remember walking by that building, staring at its detail and marvelling at how much effort and creativity someone had to put into it. The Confederation Life Building was designed by a Toronto architect named Wilson Gray, who was influenced by Chicago style. This building is such an example of power, dignity, and strength that it takes your breath just for a moment. Next time you walk downtown and turn on Main Street, pay attention to the roof of the building. I promise, the details will surprise you, and perhaps inspire you to create something beautiful yourself. 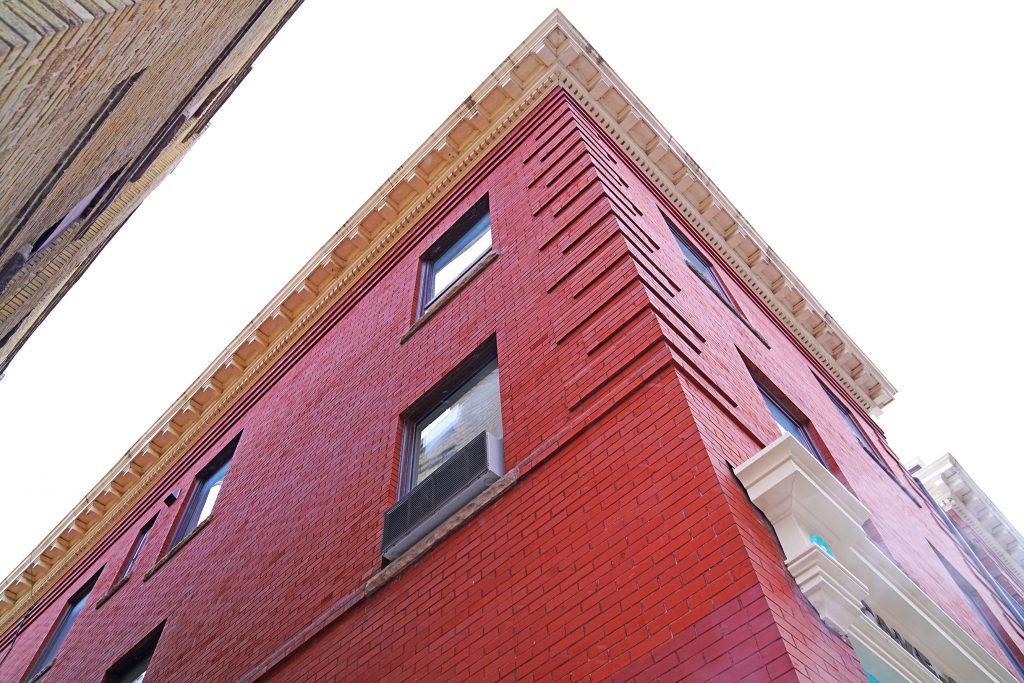 Many locations in Winnipeg were inspired by the Chicago style. That’s why film directors do not hesitate to use Winnipeg streets as location sets when a plot includes scenes in 20th century Chicago. “Shall We Dance,” with Richard Gere and Jennifer Lopez, was shot in Winnipeg but set in Chicago. Just writing this makes me want to watch that movie again and point out all the familiar streets that now hold so many memories for me.

Other common links between Winnipeg and Chicago are water and wind. Chicago is located on the shores of Lake Michigan and the Mississippi River; Winnipeg was born at the cross of the Assiniboine and Red rivers. Both cities are built on an open prairie area near a fresh water source. At the beginning of 20th century, Winnipeg was a transportation hub, with access to one of the longest rivers in Canada (the Assiniboine River stretches over 1,070 kilometres).

Being built on open shores of lakes and rivers explains why both cities are known as windy cities. The average wind speed in Chicago is 16.6 km/hr, while Winnipeg wind speeds can reach 17.1 km/hr. If you think those are not big numbers, try to stand at the intersection of Portage and Main on a cold and windy February afternoon! Winnipeg’s wind speed is the second highest of any city in Canada, after Regina, Saskatchewan (18.4 km/hr). Chicago is also in second place, after Boston, Massachusetts (20.0 km/hr). On November 20, 1892, the Freeborn County Standard of Albert Lea, Minnesota, had this to say about Chicago being called the Windy City: 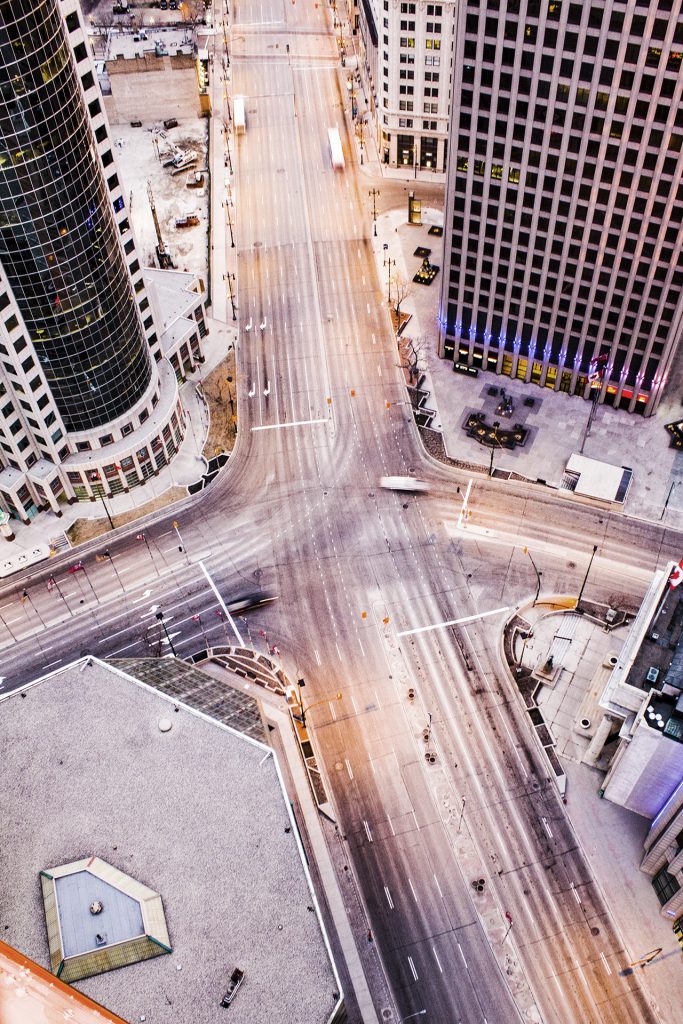 “But in another sense, Chicago is actually earning the title of the ‘windy’ city. It is one of the effects of the tall buildings, which engineers and architects apparently did not foresee that the wind is sucked down into the streets. Go ahead and walk past the Masonic Temple or the Auditorium. A day that may be perfectly calm elsewhere, will meet you with a lively breeze at the base of the buildings that will compel you to put your hand to your hat.”

I’ve experienced exactly that many times while walking in downtown Winnipeg. The summer wind always tries to take my hats (but I always catch them, and lucky strangers get a laugh as I jog after my hat).

Winnipeg, the Chicago of the North, has everything you need to take a trip back in time and land in 1905 Chicago. Chicago’s influence is all around: J.D. Atchison designed both the Canadian Mennonite University, the stunning Union Bank Building, and the Great-West Life building on Lombard Avenue.

The architecture in our city is beautiful and artistic; open your eyes, turn on your imagination, and maybe even look into the history of your favourite buildings. The effort is so worth it.

Now, it is your turn to share! What’s your favourite Chicago-style building in Winnipeg? 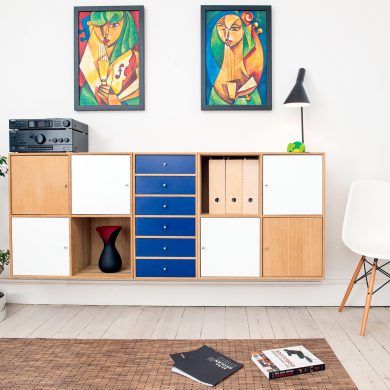